IS THE TAX OFFICE COMING FOR YOU? 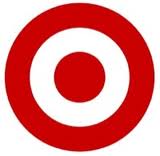 Every few months we warn you about what the Australian Taxation Office (ATO) is looking for and how you can reduce your likelihood of being in the spotlight.  We look at the obvious and not so obvious ways the ATO is looking at you.

There are a few obvious things we should all do to avoid being a target – like getting your tax returns in on time. It sounds simple enough but bear in mind the case of the Barrister who failed to lodge tax returns for 45 years.  Yes, that’s 45 years.

For self managed superannuation funds (SMSF) in particular tax returns are a big issue.  If the fund fails to lodge it’s tax return on time it breaches section 35D of the Superannuation Industry Supervision Act and risks losing its preferential tax status.

This same peculiarity of human nature that allows us to deny an impending crisis until it crashes down upon us is largely responsible for unmanaged tax debt.  Many of the businesses that build tax debt without managing it fully expect that that next big contract or sale will get them out of trouble. There are currently 1.4 million debt cases with the ATO with a value of over $14 billion.  The ATO is increasingly shutting down businesses that fail their ‘viability test’ rather than debt managing them.

In another extreme example from the legal profession, the ATO successfully prosecuted a Barrister who had underestimated his income on numerous income tax returns for nearly 20 years.  He was sentenced to imprisonment for a minimum of six months.

The problem with underestimating or understating your income is that there are far too many transactions out there that demonstrate what your cash flow is like outside of what you put on your tax return.  And, with the ATO matching over 500 million data transactions last year the chances of anomalies slipping through the net are slim.

Are you really in business?

In a recent case before the Administrative Appeals Tribunal (AAT) the ATO argued that a sharetrader was not in the business of sharetrading because he did not apply any “business acumen” to his share trading.  In this case the sharetrader had set up his business from home, procured a margin loan for $500,000 and used $150,000 of his own capital, and worked 35 to 40 hours a week in the business.  He then claimed over $116,000 in losses in the 2009 year.

Who would have thought that the ATO could come after you just because they thought you were not very good at your business.  In this case the taxpayer won his case and his losses were allowed because the AAT found that there was enough evidence to show that he conducted himself as a business, despite his lack of success.

Are your contracts worth the paper they are written on?

The ATO really doesn’t mind what you call a particular relationship you or your business has with another party – it’s the way that that relationship is conducted that is important.  The ATO works on the ‘if it looks like a duck and walks like a duck, it’s a duck’ theory – even if you call it a swan in your legal documentation.

The main area of scrutiny is contractors. This is a big issue in the ATOs compliance program for 2012/2013.  Many businesses and contractors assume they are classified as contractors simply because that is what their contract says.  The reality is quite different and recent case law has shown that it is very difficult to have an individual contractor working for you.

On numerous occasions that ATO has successfully argued that these relationships were employee and employer not independent contractors.  The result is that the companies involved were liable for not only superannuation guarantee payments to all its contractors/ employees (now and prospectively) but also for workers compensation and a number of other employment related taxes.

There’s a section of the Tax Act called Division 7A.  This section prevents you taking money out of your company and distributing it tax-free to yourself or your associates (family members etc.,) under the guise of a payment, loan, or forgiven debt that is never repaid.

Division 7A is high up on the ATO’s compliance program for 2012/2013.   To avoid these payments being taxed at your marginal tax rate you need to have a complying loan agreement in place to manage them.  The Tax Commissioner has flagged that he is actively looking for a test case in this area to prove his interpretation of the law. So, make sure your paperwork is in place and all transactions from your company to you or anyone else are treated correctly.

Shares given to employees

There are a lot of people who work for companies that issue shares or the right to acquire discounted shares as part of their salary package and incentives.  Generally these shares come with a number of hurdles either based on performance or time.  Often people forget to recognise these shares or rights on their income tax return because they have not made any money from them yet – this is despite receiving a statement from their employer.  Depending on the structure of the share scheme, a tax liability can trigger when the shares are issued, when you acquire them at a discounted price, or when you sell them.  Capital gains tax can apply to the difference between the share price and what you paid for them.  It’s important to find out what the implications are.

For employers, you must issue an ESS payment summary statement for any shares, options or rights issued to employees or contractors.  This means that employers need to value these options or rights during the year to determine what the employee needs to declare in their tax return.

Don’t be an ATO target, ensure you have the correct information before you make a decision.