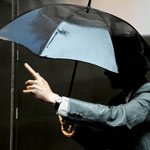 Australia survived the global economic crises relatively unscathed but be wary, it might not be over yet as our economy is still susceptible to international conditions. We’re predicted to grow at a comparably healthy 3.25% but that assumes that conditions remain reasonably consistent.

Not all that long ago a change in economic conditions in smaller European countries did not have a big impact on the international markets. However, economic conditions are fragile to the point where the defeat of an austerity plan in Portugal and Portugal’s subsequent ratings downgrade had an immediate and significant impact on international markets (even though Portugal only represents around 1.89% of the Euro Zone economy). Of course the impact of Portugal followed Dubai’s announcement in November 2009 that it was unable to pay its debts, followed by Greece’s inability to pay its Euro 110b loan, then Spain.

Dubai has friends willing to fund them but the same cannot necessarily be said for many of the European nations and they are not in a position to trade themselves out of debt with production in many countries seriously affected by the crisis. The fear is that there is no cash left (or anyone willing to lend to them) to get some countries out of debt so the slightest ‘speed hump’ in their recovery has a ripple effect across international markets.

In Australia, the economy is uneven. We’re starting to see a slow-down in some sectors as the impact of the interest rate hikes (there was a substantial fall in new and used dwelling investment last quarter) and the end of the economic stimulus packages are felt (business investment was down 6% last quarter). Production within our economy is also slowing with a 0.9% fall in the March quarter. The strength of our economy continues to be driven by the mining sector and continued resource demand from China. Plus, with an election looming, everything slows down as the economy shifts into a ‘wait and see’ mode (except advertisers and media buyers perhaps!).

So, remain cautious and ensure that you plan for the next 12 months and keep a strong eye on performance. This is definitely the time to keep your financial adviser close at hand.